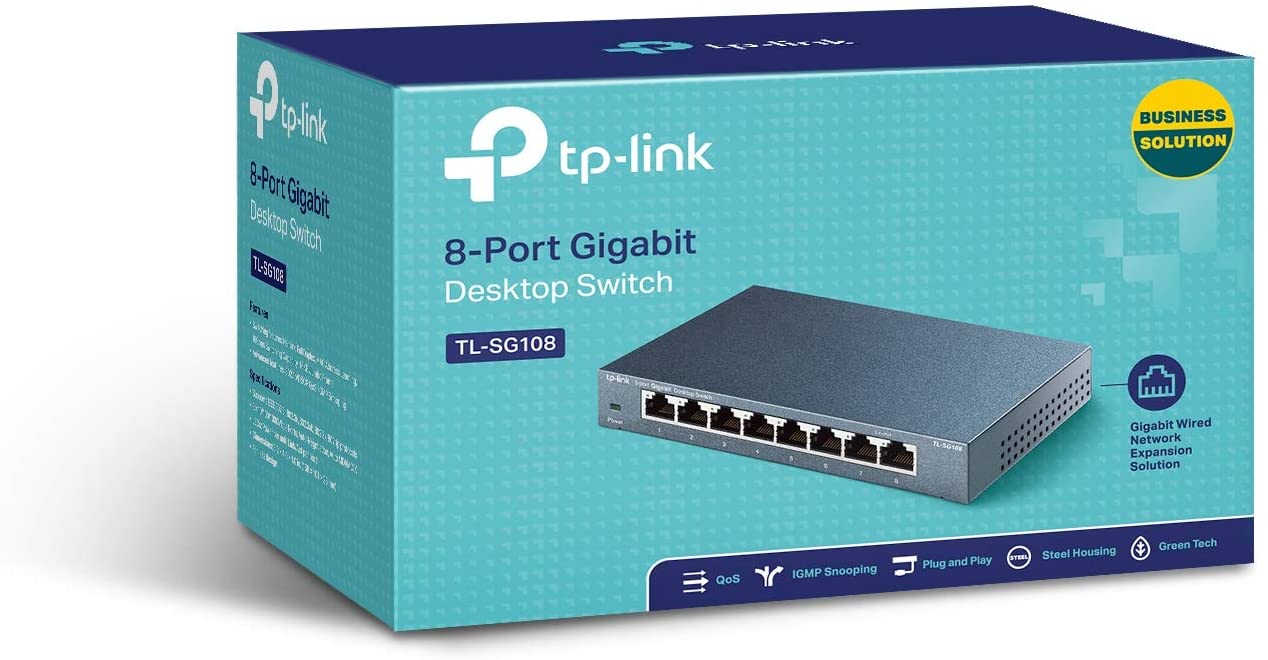 Today I provided the best deal for Tp-link 8 port gigabit ethernet network switch which is on sale with 28% deal. So grab it before it ends.

I was surprised to find that there weren’t any non-solid electrolytic capacitors on the PCB. That’s the main point of failure on a switch — the caps swell up over time and no longer function, rendering the whole switch inoperable. No non-solid caps here, so I believe this switch should last a while. Other favorable points in this switch’s construction:

● Ports are shielded: Some manufacturers have started to forego metal shield surrounding the ethernet ports on their switches. I’m glad to see that a shield is still included here despite the inexpensive price point of this switch. It likely won’t make much of a difference in EMI but it still bothers me somewhat when ports aren’t shielded.
● The heatsink on the switch chip: I don’t foresee this getting very hot considering its power consumption (~2.5 watts) but it’s nice to see a heatsink included. It’s also black anodized which cools a bit better (see the discussion thread “The performance of a heatsink with a black surface” on dev blog if you want to know more).
● The product picture does not show it but this switch now includes a Kensington lock slot on the back. Nice if you need some physical security from preventing the switch from finding a new home. However, do note that it is trivial to open up the case–just two Phillips head screws on the bottom. Someone with a screwdriver could easily take off the top half of the case and take the entire PCB if he or she wanted to while it is still locked. If physical security is important to you, like if you were deploying these in a school system, I would recommend covering the screw heads with epoxy.

One thing I don’t like about the switch is its ventilation holes since it makes it more susceptible to dust and humidity. It seems that a better solution would be to flip the PCB so the switch chip is facing down, put a thermal pad on it, and use the switch’s metal case as a heat sink instead.

No need to rely on air movement through the switch’s internals then. This won’t be a concern for most but if you’re putting it in an environment like a damp basement or crawlspace, it could be something to consider.