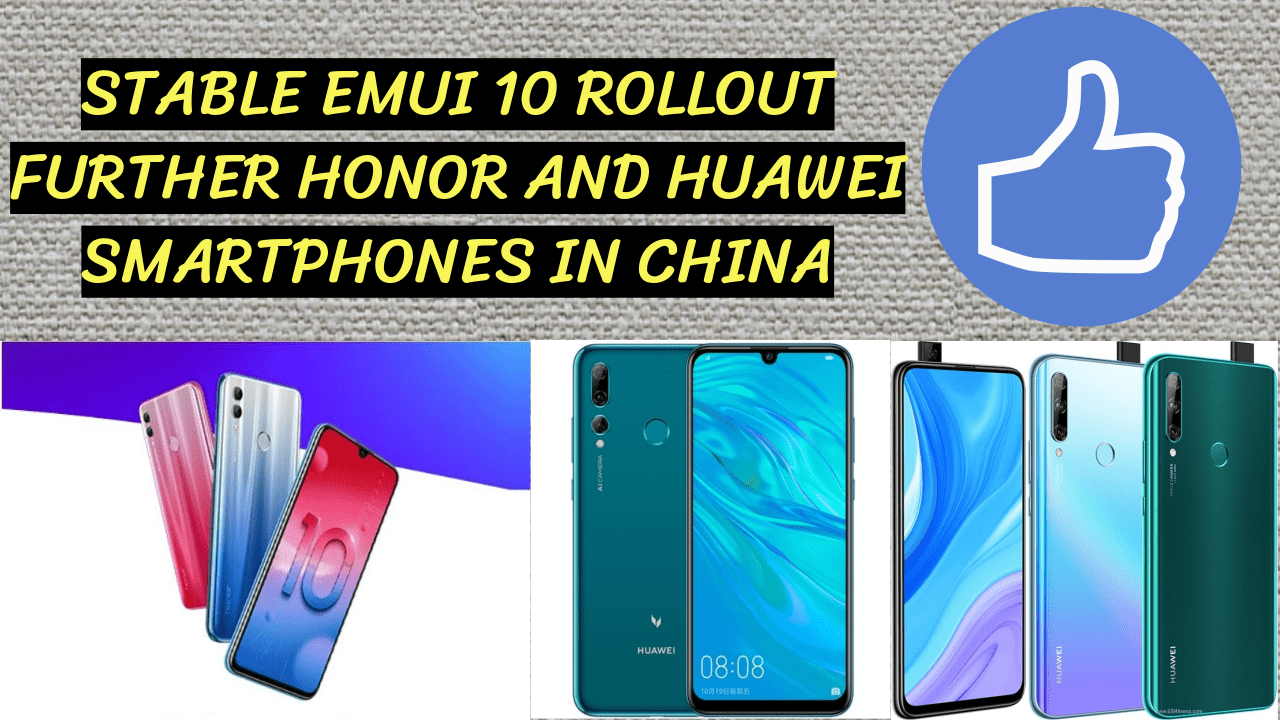 Under the stable EMUI 10 upgrade campaign, Huawei P20 and Mate 10 series recently received this, and now a bunch of other Huawei and Honor smartphones also moved from public beta to full fledge version of EMUI 10.

Back in October 2019, a replacement set of Huawei smartphones joined the EMUI 10 beta program, then moved for the general public beta and processed last month for the stable EMUI 10.

This update is out for both beta testers and users running EMUI 9.1 in China.

Compared to the EMUI 9.1 smartphones, the patch for EMUI 10 beta users brings different features, improvements, and fixes to issues found in the previous beta builds.

Currently, some of these smartphones receiving stable releases outside of China such as Huawei Mate 20 Lite, Honor 10 Lite and Huawei Y9 Prime 2019. We recommend users to keep checking our website and the update section via the instructions below.