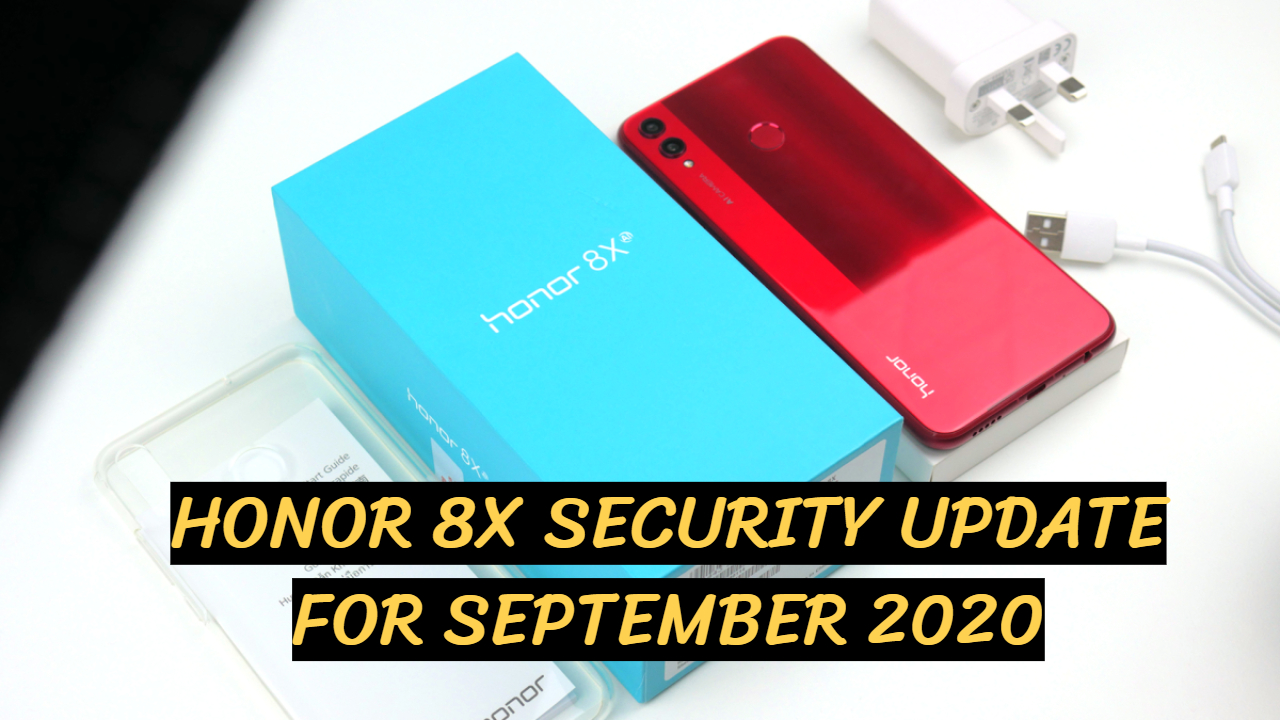 Honor 8x now getting a security update for the September session which covers the latest software version EMUI 10.0.0.229 and comes with a package size of 110MB.