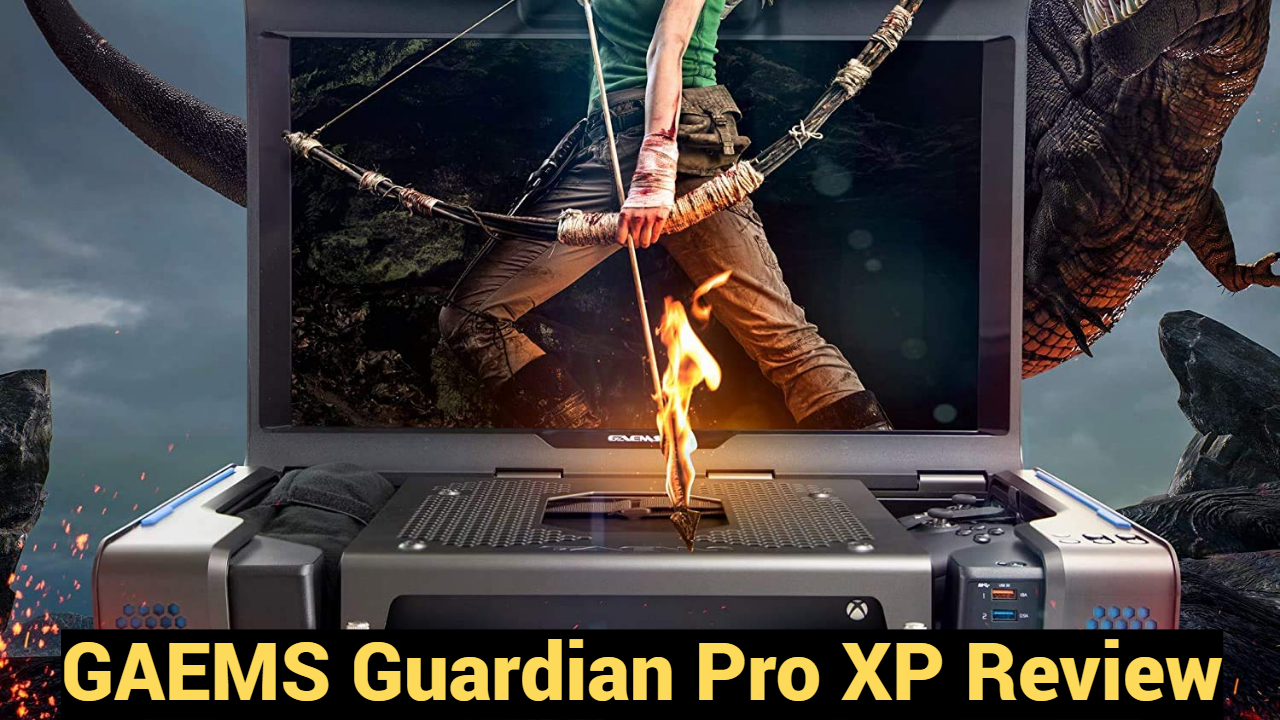 GAEMS® Dynamic Sound provides reliable surround sound with 3 USB ports and an integrated HDMI output for connection to streaming equipment and screen sharing. Our past products, such as the Vanguard, have been immensely popular with legions of gamers across the globe. But the time has come to pass the torch and usher in the Guardian era.

The Guardian was designed to provide the ultimate portable gaming experience with a larger 5-inch monitor with quadruple the pixel count of our flagship Vanguard. Pro-inspired content creators wanted more ways to mount microphones, lights, cameras, and charge their accessories. Professionals said they needed HDMI out so they could feed their game to a capture device or auxiliary display.

Top content creators lose money when they are not online or when they generate new content on the road and at events. The Guardian enables high-quality streaming where no other service can. Often, your streams suffer from quality problems when they are far away from your home streaming system. HDMI 1.4 (1x), USB 3.0 @ 1.8A (1x), and USB 3.0 @ 0.9A (2x) are all possible outputs.

The Guardian Pro XP is big, it’s a bit heavy, and it includes a good deal of tech. One of the first questions to be addressed is: who is it targeting? GAEMS was kind enough to give the rationale behind such a massive and technically complex case.

The Guardian Pro XP looks like a big briefcase and it is, to include everything it contains. It is 23.45 inches wide by 16.9 inches deep by 4.79 inches high in its closed position, and my bag weighed 31 pounds (!! ). The hard-shell case is extremely robust and contains an Xbox One X, controller, and cables. If it fell down the stairs, I would be more worried about the steps than the case. The side has an attractive brushed metal cover with the GAEMS logo embossed. On the other side, rubberized pads prevent it from sliding when placed on a table and opened for use, and on the bottom, rubberized feet ensure it will still stay put if you need to leave it on the table for a brief moment while on the move.

A connections panel with a power jack for the included brick that powers the monitor, an HDMI 1.4 port to connect video to the monitor and audio to the speakers, and a USB 3.0 port that leads to a more accessible front control panel are located to the right of the console back. There are three USB ports in that panel (one 1.8A and two 0.9A), volume control for the built-in speakers, and menu controls for the monitor.

It was only moderately grainy with stutters, little freezes, and a couple of moments of sharpness on the textures. It was difficult to listen to some people talking about how well the screen looks, but so far I wasn’t impressed. Fortnite too unfortunately ran the same way, so I loaded Red Dead Redemption 2. I noticed the game ran a little better, but still had the grainy texture, and it actually reminded me of a 1080p TV, so I chose to watch a blu-ray movie.

Django Unchained seems like it could really shine in the film department, so I thought. Just no. Still the regrettable grainy texture. But as a 4K-user, I could actually have made a mistake, since I have an Acer predator 2k monitor, and in a test of which one was better, the monitor overwhelmingly won. The reason I didn’t include them in the video is that the footage would look the same since I am recording it on a 4K camera.

When I opened it up from Amazon, I discovered that the stickers holding the box together were already torn, so I’m left wondering if I received a used model. But this was an item that was pre-ordered and shipped on release, so I doubt it and could have just been rushed shipping from the Games Wearhouse.

It’s a very solid, secure case with good video, audio, and video fidelity to make sure it never happens again. Because it can house a great deal of gaming equipment in one case, it also allows for mounting of other peripherals they may use. Hardcore gamers, as well as tech-savvy gamers who love to have the best of everything, should also not overlook this device, as the technology inside is really impressive, and the screen and speakers make for a truly portable gaming experience.

Given that such an extreme portable case has so many features and tech inside, I would recommend it without hesitation. Be prepared to spend a fair amount of money if you want to use it. Once you use it, you will be amazed at how easy it is to game, stream, or create content on it.

For more information on GAEMS portable monitor solutions and products, check out the official website.