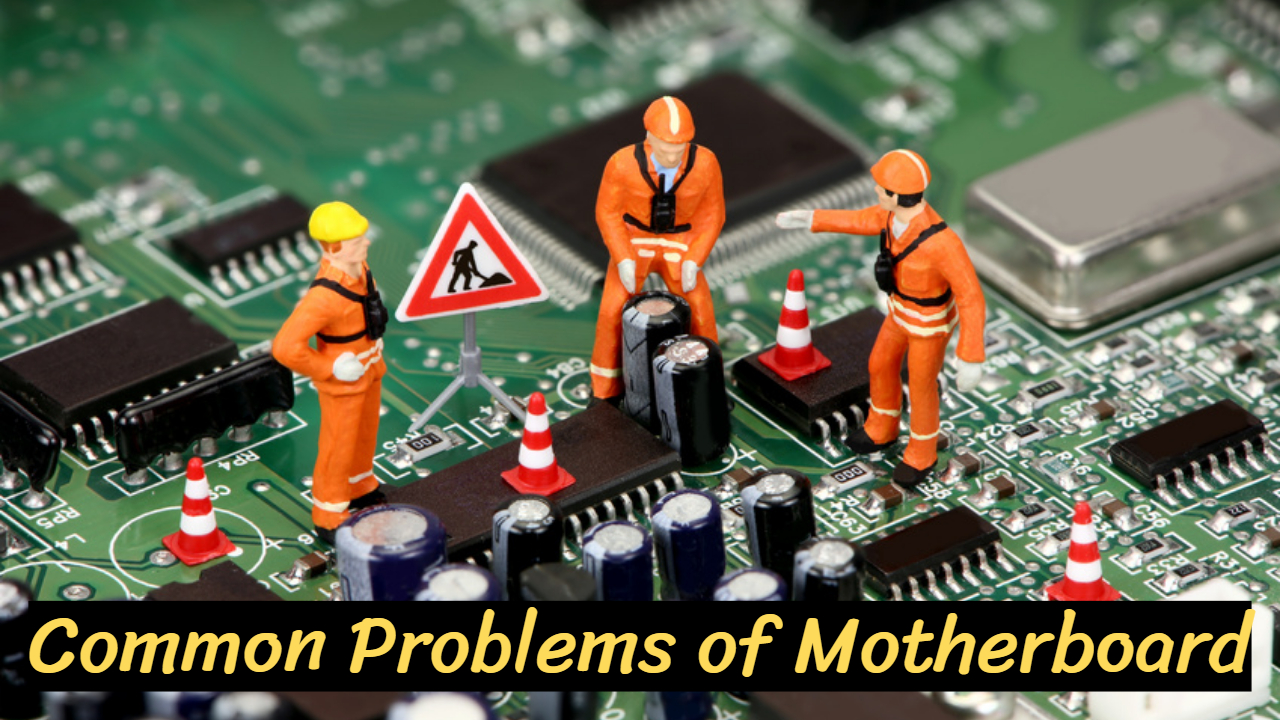 Today I came up with the most common topic “Common Problems of Motherboard” which every computer user faces during in life. We have solutions for them as well.

Motherboards have a reputation for being difficult to repair, which makes some PC enthusiasts afraid to even touch them, let alone attempt to replace them. With a new PC, you may even have motherboard problems, those include random reboots, refusing to boot up, and continual crashes. when fatal exceptions, illegal operations, or general protection fault error messages are mentioned.

You May Check: Innosilicon A10 Pro Review

Computer motherboards can be damaged for a variety of reasons. To keep from getting into those situations, you must be familiar with all motherboard problems that are common these days.

The Following Common problems may occurs:

This issue is more common on desktop computers, but it can also occur on laptops (though it is rare). If your computer is not assembled properly, there is a high chance of a short circuit whether you build it yourself or buy one assembled from somewhere else. The motherboard conducts electricity and transfers it to other parts, so it cannot come into contact with metal, such as the case itself or a poorly assembled component. Loose CPU coolers can cause irreparable damage to motherboards.

Also, check for loose cables, a common PC maintenance mistake, because the motherboard must be placed in the case correctly during assembly. You use a few screws to attach the motherboard to the case, making sure you use every screw and that it is tight. A single loose screw can damage a whole motherboard—it happens! In short, the interior of your computer should be neat and organized. If the motherboard comes into contact with an unintended object, it may cause a short circuit.

It can be the reason why your computer cannot complete the POST or even turn it on when the components are not installed properly. Video cards, processors, and RAM are all possible culprits, but when the video card and the RAM are not properly installed, a big problem can arise. These should be held 90 degrees above the motherboard’s surface and securely fitted around the tabs on each side of your RAM sticks.

If either or both wings are slightly out of alignment, the RAM isn’t properly installed. The pins and the slot on the processor and motherboard must be correctly positioned for proper installation, but if you’re really stumped, it’s well worth a try. The processor should rest flat on the socket’s surface once it is installed, and the processor’s heatsink should also be securely attached.

You should always check the motherboard’s power circuit before you buy it, because the motherboard has two power connections: the main 20-to-24-pin connector and the second four or eight-pin connector, which are both concealed by the processor socket. Assure that both of them are correctly plugged in, as many people may overlook this, which can be a huge problem. Assure that both of the plugs have been seated accurately and properly match the correct set of power supply cords.

In general, installing a new motherboard for the first time will resolve many problems by ensuring that both plugs are perfectly seated and correctly matched to the proper power supply cables. If it is possible on your PC to perform hardware and utility diagnostics, you should also try using tools such as the Intel Processor Diagnostic Tool, CPU-Z, and PassMark Performance Test.

Sometimes, when you install a certain component, For example; RAM, GPU, CPU, etc. Their frequencies don’t work at their highest speed because the motherboard doesn’t have the latest Boios installed in it.

The system appears to be dead, an error code appears, one or more beeps occur, the system locks, the system reboots, a Windows BSOD (blue screen of death) appears, or one of the ports, expansion slots or memory modules fails.

By replacing the motherboard, you can continue to use the same computer for a decade or more, by replacing the internals if necessary. Rest assured that the problems that we have described above are common, with foolhardy solutions that may test your patience, but will ultimately work. If you feel out of control, you can always consult an expert, whether that means taking your computer to a certified technician or calling the manufacturer.